Home » demonic vampires » What are the Types of Zombies? 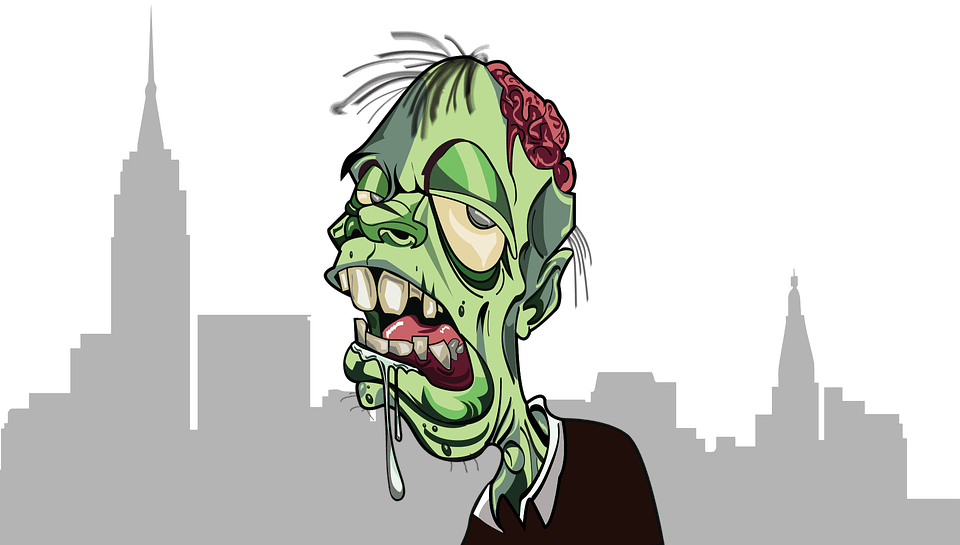 What are the types of Zombies? Well, this is pretty basic. Generic zombies have once been humans, then they were killed and were reanimated though biochemical means, typically by a pathogen or virus. These are the most common zombies. The zombie infection is spread through blood contact or even airborne virus that infects the living. Generic zombies generally look disoriented and lack understanding of their environment. They can also be curious. They may look pretty harmless at a distance but make no mistake: once they catch you, they will kill and eat you, unless they infect you first.

Better stir clear of them at all cost.

Walking zombies, or walkers, can be considered another name for generic zombies. They appear in shows like The Walking Dead and Night of the Living Dead. They are the zombies that don’t chase you as intensely as Runners do, but they do tend to be successful in capturing prey (you) because they generally attack in groups. Also, they are durable and can last long in pursuits. Definitely bad news.

What are the types of Zombies? Runner zombies appear in shows like Dawn of the Dead, Zombieland, World War Z, and 28 Days Later.  They are also the enemies in the Left 4 Dead video game series. These zombies are difficult to escape from because they can run at a full sprint. They obviously don’t need to breathe as well, so it is an extremely bad idea to try and outrun them because they won’t tire.

The runner type is probably one of the scariest types of zombies. Walking zombies are already scary enough when they shuffle around in search of the next victim, but that fearsomeness is amplified when you give them the ability to run.

Runner zombies can be considered technically both living and dead. They are infected but the transformation isn’t complete yet, so they still retain the human capabilities of such as running. Most runners don’t show much decaying yet either, so you can have a hard time telling apart a blood-soaked soon-to-be zombie meal from an actual bloodthirsty monster. Runner zombies are pretty animalistic; they are predators with a single-track focus, and they won’t slow down to have hesitations or doubts like humans do.

What are the types of Zombies? The only way to stop them is to take away their ability to run: usually, you would have to severe the large muscle groups and major bones of their legs. If you can, cut off the legs wholly. If you can’t manage to get close enough to slice their legs off, then the next best thing to do is to eliminate them totally with a gunshot to the head or make them explode.

Runner zombies, though faster than walkers, are not as durable as their slower kin. They can also be eliminated through wounds to the chest too. If you can bleed them out with chest wounds or other such injuries, then it could stop them.

What are the types of Zombies? You’re probably thinking that a leader type among zombies is impossible. They are, after all, mindless, thoughtless undead beings whose sole purpose is to kill (and eat human flesh). Though that’s true, there are rare cases in which zombies manage to rise above the others and become essentially leaders.

The leader type is most often seen in George A. Romero’s zombie stories. This is why this type is also called Romero zombies, featured for example in Dawn of the Dead. In Romero’s stories, a person who dies is reanimated as a zombie. It is death that completes the transformation, as the zombie bite is merely a carrier of the infection. The typical Romero zombie can be significantly similar to the generic zombie; they react to sound and light, they are slow, and they have a single-minded determination to consume human flesh.

Unlike other zombie iterations, such as in Walking Dead, Romero’s zombies can adapt, learn, and even plan out their actions to some degree. In this regard, they have a degree of intelligence above their brethren’s. They can also grow and develop, and in some cases, even recall some habits they had when they were still humans. For instance, in Day of the Dead, Bub knew how to use a razor and a toothbrush. In Dawn of the Dead, Flyboy became the leader when he led the zombie horde in the mall. What are the types of Zombies? This learning attribute makes them trickier to eliminate, especially if you harbor some sort of hesitation over dispatching of someone who used to be human.