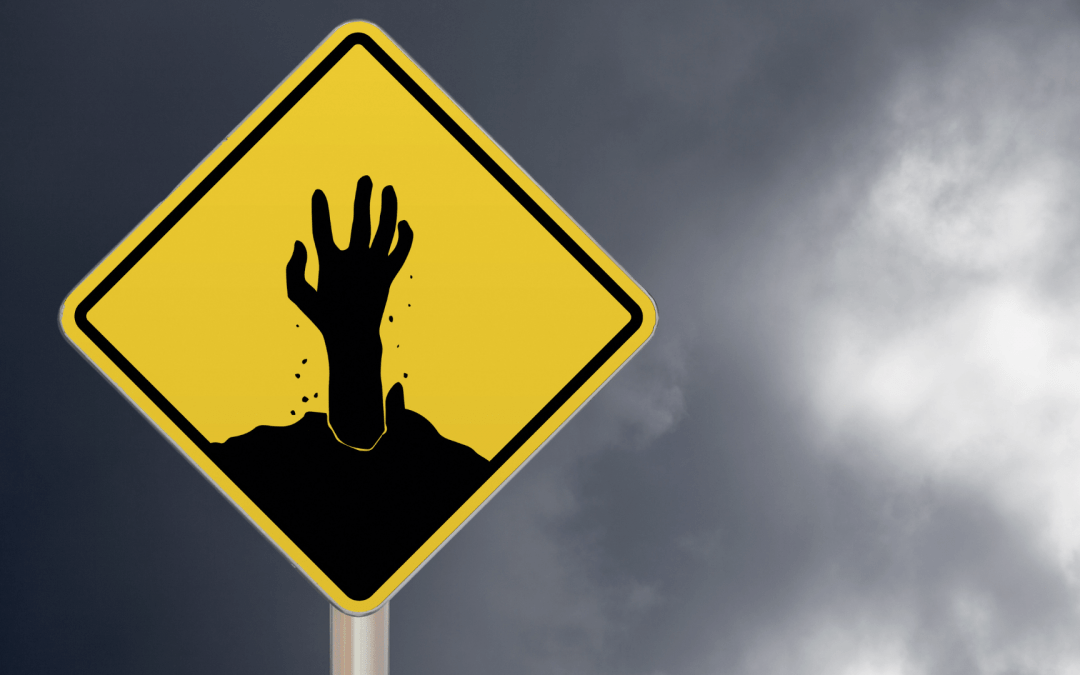 Zombies are one of the most popular types of monsters taking over today’s film culture and society; and have been since ancient times. They are corpses of once-living creatures that have been reanimated by various outside forces. The term zombies weaknesses is often figuratively involved to depict a hypnotized person including incapability against consciousness and self-awareness; yet they are mobile; and able to respond to stimuli surrounding their being.

Their appearance is rather pale with rotting skin; manifesting visible wounds alongside damaged or missing limbs and finally; securing whatever clothing they had at the occurrence of their death and rebirth. Their abilities are resilience, infection, numbers, and strength.

Hypothetically, what if there has been a sudden occurrence of a zombie apocalypse. How will you manage to survive? What could be the weaknesses these flesh-eating, merciless creatures have? Well, let’s find out as we have gathered accurate information about those. Let’s waste no more time, and get into the discussion.

Zombies are stupid. Their intelligence is extremely limited, and it is only their basic feeding instinct that can be observed. They do not bother for survival, and with this, they are believed to be easily lured into traps. They just follow a source or an object, as for their need to eat others; but there’s no more to it. Likewise, they do not think critically and are unable to connect with the same creatures. When you have enough time as a refugee; crafting a solid series of hitches is deemed helpful, as zombies do not really think as they navigate their surroundings. They do not even construct choices.

As zombies are in a state of decay and as with their limited intelligence they possess a lack of coordination; they cannot move very fast. This weakness allows for people to easily outrun rem or navigate through them. However; there is a slight misrepresentation of them because recent Hollywood zombies are displaying zombies’ ability to run; more so at an athletic pace not bothered with exhaustion. Nevertheless, traditionally and history affirms zombies do not possess speed very much. Their bones, muscles together with their heart and lungs are not as strong as humans possess; the trick and challenge just come when you are surrounded; by a lot of zombies in different directions.

Zombies cannot be stopped, not until you have hit and destroyed their brains altogether. It is said that there is no way of getting them down while their brain is still responsive. This is why picking weapons must be useful in causing the damage to necessarily frack a zombie’s head.

When thrown into a zombie’s mouth, the salt will lift the spell cast over their bodies. Another interesting thing about salt is throwing this substance to zombies will make them leave you alone.

Zombies have almost nonexistent reflexes. They do not have measurable brain activities; and are considered clinically dead, hence they can be damaged; and slowed by forcefully throwing animate objects onto them. They are found to not necessarily flinch on objects, or when thrown something that they tend to pick up.

Can be easily damaged

It is deemed that based on the state of their bodily decay, zombies can be easily damaged. We can observe how zombies are always having no complete body parts; such as broken skulls, broken limbs, incomplete arms, fingers; as well as eyes. Just like us humans, when we are already wounded; and adding more hurt to it essentially makes us suffer and weaken more and more.

In actuality, it still has not been ruled out if zombies are blind or not. In some sources; it is affirmed that only new zombies have a sense of sight and perception of their surroundings; but those who have been living dead creatures for a longer period of time slowly become incapable of seeing. However, there are sources saying zombies are able to respond to light stimuli. Yet; it is worth noting; that even though it is not accurately confirmed if they are blind or not; their eyesight could be very poor as their bodies are in constant decay.

Zombies weaknesses cannot climb; and most often it is depicted as one of the greatest survival strategies to stay away from the ground as much as one can; because zombies just navigate to their surroundings freely. They walk only in a straight direction and are incapable of doing other things than that.

Because of their stupidity comes their impairment of senses. They do not have very strong senses, especially concerning touch, sight as well as hearing. Although, it is seen, they hold an impressive sense of smell. But altogether they do not respond much to things that concern their senses.

Zombies lastly are considered weak to fire. Suggesting weapons that are capable of handling or emitting fire such as grenades and termites can wear off zombies. These weapons also produce a lot of fizzles and bangs that allow refugees to escape. You might have not hit their brain, but fire eventually kills zombies.

While we are not certain whether a zombies weaknesses apocalypse is to arise or not, isn’t it helpful and somehow easing to know that there are theorized weaknesses of them that will help us? It sure brings a lot of peace of mind, and while you are now educated, consider spreading our words to those that hold an interest in all things zombies.

What Does Socrates Thinks About Zombies?