Home » Zombie Apocalypse » Stupid Zombies and Why They Eat Brains 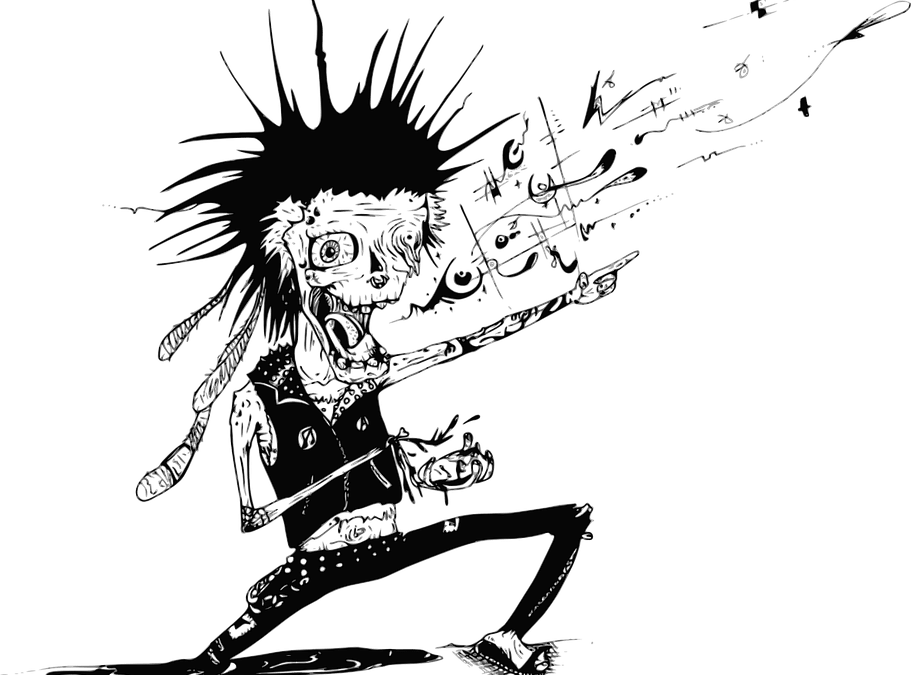 Zombies have been a staple in the popular culture over the years, and in that time the concept of the dead rising from their graves and coming back to life to somehow haunt the living has proliferated in pretty much every form of media that exists today.

One trait that kept zombies in pop culture and seemingly synonymous with them is their apparent need to eat the brains of people, but why do you think this idea is so intrinsically associated with zombies, and more importantly how did this came about?

In this article, we’re going to talk about why zombies eat brains but before we get started we just want to be clear that the zombies referred here is the undead as they are understood in today’s pop culture and not those of West African and Haitian folklores which has an entirely different  identity altogether.

Night of the Living Dead

Initially, we thought that answering the question on the title is going to be easy since pop culture featuring the undead all have roots back to the same fictional source and that is from George Romero’s cinematic masterpiece, Night of the Living Dead. It’s quite true that the zombies had been around in different forms even before the release of the aforementioned film in 1968 but Romero’s film was considered to have introduced the concept of the modern zombie to the world we live in today.

These traits are quite prominent in almost every zombie movies and shows that had been produced over the years. In fact, Romero himself has no idea where the concept of zombie eating brains came from. He went on to explain that even if the zombies he portrayed in his films do indeed  eat human flesh, he didn’t really gave much thought as to why they do this, so we can arguably say that he didn’t start the fad of zombie eating brains. Nevertheless, Romero thought that it’s quite amusing to see how others have expanded the idea from his stupid zombies films.

Return of the Living Dead

The origin or idea of the stupid zombies eating brains didn’t appear until after the release of Return of the Living Dead which is also created by George Romero. After the release of the Night of the Living Dead, he and his co – writer named John Russo parted ways and reached to an agreement that Russo will retain the rights to the “Living Dead” suffix and Romero agreed to retain of the phrase “of the dead” in any form of media he’d produced.

The answer of why stupid zombies feed on brains of the living could perhaps be explained by the writer and director of Return of the Living Dead, Dan O’Bannon. According to him, “the undead felt the need to feed on the brains of the recently living because it somehow made them feel better by easing their pain.”

Avid fans of the zombie genre have tried to expand on O’Bannon’s reasoning through asserting that zombies feed on brains and guts probably because of the high levels of serotonin found in these organs which is something that’s alluded to but no means confirmed by William Scott, the production designer for the film, in the movies commentary. He said it makes sense that zombies eat guts or brains because it will somehow alleviate the pain they are feeling.

As for investing such knowledge and time about how zombies came about, Romero is still known by many as the authority when it comes to zombies even if many people have criticized his work seriously including Max Brooks who is the author the best – selling book The Zombie Survival: Complete Protection from the Living Dead.

Romero always maintained that the focus of his films isn’t actually the zombies – it’s people, it’s us or rather our reaction to them which is why their function or how it all started isn’t important.

For instance, the creator of the popular TV series, The Walking Dead has said that he will never reveal how the zombie outbreak started or how they infect people because it’s not their focus and they consider it unimportant to the story. It’s also the same with the romantic movie Shaun of the Dead starring Simon Peg where the cause of the zombie apocalypse and how exactly the zombies functioned was never revealed which was directly hinted as the homage to Romero’s films where the audience are similarly told why or how the zombies were able to exist.

As for the idea of zombies feeding on brains which has managed to become very popular around the world despite the fact that it’s not a trait in Romero’s films and by extension almost all zombies in modern fiction share, The Simpsons is believed to be the main culprit behind this zombie eating brain phenomenon and popularized. One of the episodes on the show under the three house of horror segment entitled “Dial Z for Zombies” in 1992 which was a spoof of the Return of the Living Dead is one of the earliest piece of media (with the exception of the Return of the Living Dead itself) that features brain – eating zombies.

Back then millions of kids saw this Simpson episode before they were old enough to see any real zombie movie which is why it’s suspected that for a whole generation, this episode was the first they ever saw – and probably why pop culture today thinks that it’s the reason why zombies eat brains even if most the films we see under this sub – genre of horror have never featured a zombie where this is the case.