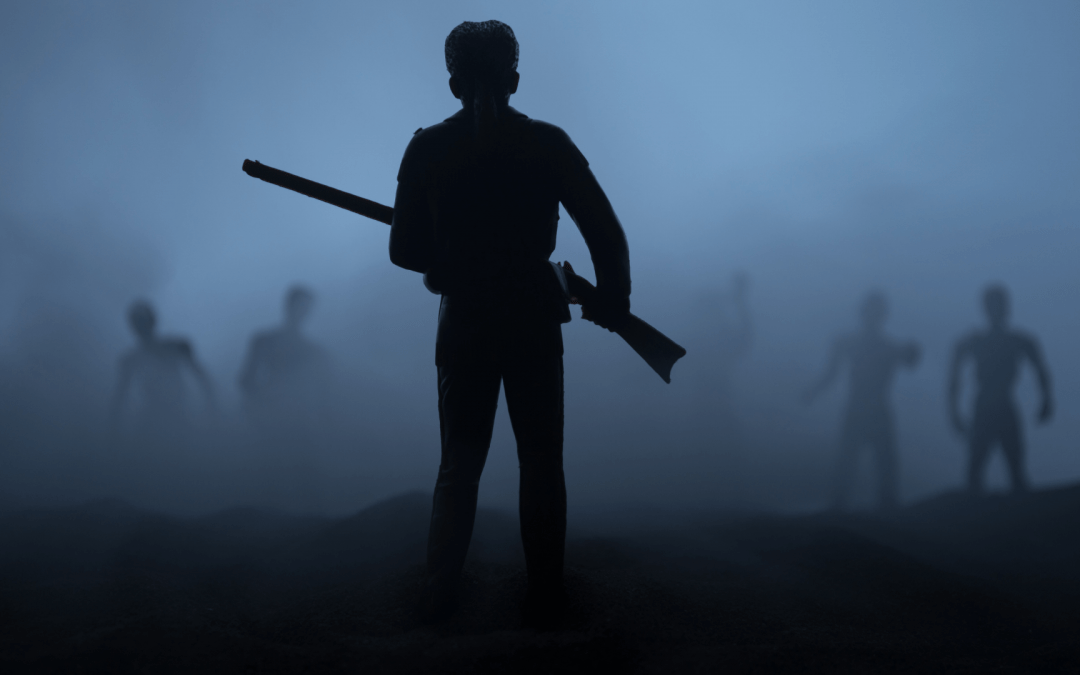 As much as the thought of going through a zombie apocalypse is depressing and terrifying; watching film adaptations regarding this phenomenon can actually be fascinating, at least that we know of. It makes a good time unraveling the thrill of badass fight scenes, screams and worry about what will happen next; and be in awe when the theoretical medical explanation comes rolling. Much better, you or you with your watch buddies are fighting over the best way you can survive the apocalypse. With the thought of this, we have listed down the top zombie apocalypse movies to rely on in watching the superb zombie apocalypse movies of cinema. Let’s get started if you’re down for some heart-racing film marathon!

The movie centers on how a type of mad cow disease manages to emerge and mutate into mad zombie disease; which allows for an extreme spread in people of the United States. It illustrates how a cautious loner Columbus (played by Jesse Eisenberg) does his best to survive the horror-living dead apocalypse; using a series of audience-winking rules such as checking the back seat and double-tapping your kills.

The loner becomes part of a makeshift family; teaming up with a Twinkle-loving hard-ass Tallahassee (acted by Woody Harrelson), Sarcastic Wichita (portrayed by Emma Stone); and Doe-eyed youngster Little Rock (Abigail Breslin). The makeshift family works hard together to survive and has set foot on an amusement park that is supposedly zombie-free. The journey they embark on is thrilling, challenging; full of laughter on top of lots of zombie encounters along the way.

Next is a novel based on the same name; World War Z, that follows a plot of a former United Nations employee Gerry Lane (portrayed by Brad Pitt). The main character, who is stuck in heavy traffic as the city shifts to pure chaos. Zombies who hunt by sound begin to take over the once vibrant society; and healthy humans are immediately converted to flesh-hungry phantoms with a single bite. The world’s medical experts attempt to rule out if a virus has caused the outbreak; and as tension begins to rise; Gerry goes on a thrilling adventure of searching for the origin. The rather strong and resilient character embarks on looking for a cure that can hopefully save humanity.

Dawn of the Dead

Circulating the plot on a brave nurse named Ana (played by Sarah Polley); the film takes emphasis on how the nurse lost her husband to a zombie. And how she takes the endeavor of seeking refuge with other survivors in a deserted mall. It illustrates that in getting into a zombie apocalypse, getting stuck in a place where it has supplies; food and everything you need to survive is not the worst thing. The nurse, together with her found survival friends; gets into a thrilling battle as the mall comes crashing down because zombies discover their sanctuary.

Twenty-eight Weeks Later is actually a movie sequel to another classic zombie film, 28 Days Later. The plot takes place six months after the initial outbreak, as seen on the first capsule of the film series; or 28 weeks after the outburst of the “rage virus”. The infected flesh-eating humans have slowly died of starvation; and the affected United States sends troops to take over Britain, and go about how it is safe to reintroduce humans. As refugees adjust and step foot on British soil; and begin rebuilding their society; survivors Don (played by Robert Carlyle) and Alice (realized by Catherine McCormack) fear that the virus still exists. Moreover, it could bring more chaos, and it is more lethal than before.

Day of the Dead: Bloodline

Hailed as the perfect zombie film for those looking with a generous sprinkling of action scenes. The plot takes interest in a medical student Zoe Parker (actress Sophie Skelton) who thrillingly survived a zombie attack; and has relocated to High Rock Emergency Bunker along with other survivors. Years have passed; and the main character together with her friend Elyse (portrayed by Shari Watson) uses zombie blood in hopes of inventing a cure. They face challenges as they are dealing with a limited supply with no contact; with other bunkers that could have helped. Later on; a few members of Zoe’s bunker must head out into the field of the zombies; as a validating way of procuring medicine for the remaining refugees.

Cargo is a heartbreaking zombie film that will leave you bursting out of tears. It follows the plot of an epidemic spreading in rural Australia, and how humans are only granted 48 hours intervals; before fully transforming into living dead. The main character Andy (realized by Martin Freeman) embarks on a journey searching high; and low for a new sanctuary dedicated to his daughter. Plot progress and he is forced to come to terms with the concept of letting her daughter go; as the horror grows that he will soon become a member of flesh-eating monsters.

Shaun of the Dead

Looking for a burst of laughter? Shaun of the Death is the perfect movie to binge on. It is a lovable, cheeky approach to appreciating the zombie genre. The film follows the story of electronic salesman Shaun (Simon Pegg), going on through a series of cruel and unfortunate events in life. The next morning; a zombie apocalypse has taken over the abundant city of Londo, and Shaun, with his friend Ed (portrayed by Nick Frost), crafted a plan to save their loved ones. Doing so with one slapstick zombie-killing sequence, at a time.

These seven films are the best of the best, so, get ready for your popcorn and your movie buddy. Enjoy the thrill and excitement it brings, do not forget to theorize and think how you will surpass those insane living dead apocalypses. Consider sharing our words to movie-geeks!