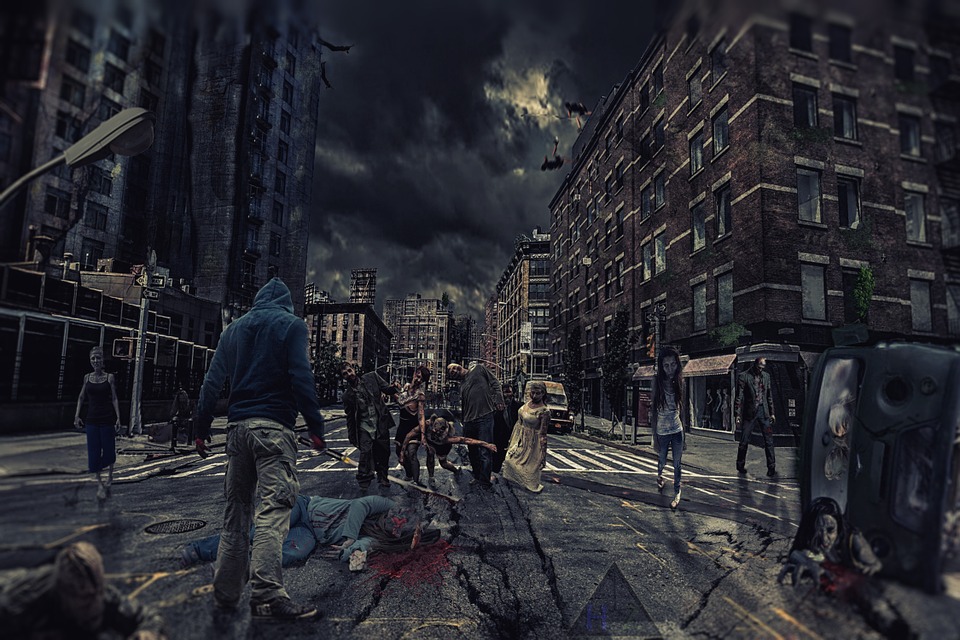 Zombies are real. Period. You can consider that as a public service announcement. The zombie apocalypse is nothing short of impossible, and it’s more than likely that you and your family or friends will be swept away in a horde of flesh – eating walkers which are a plague – infected mass that only has one goal: to make you one of them.

In just a matter of minutes, you’re going to be infected and be dismembered from society forever. That’s pretty much what’s going to happen to majority of the world’s population but now that you know, just get over it. Accept the fact that the odds aren’t in your favor. My advice is simple: just give up. I mean think about it, even if you survived, what kind of world are you going live in post – Zombie apocalypse?

Total annihilation is as inevitable as the eradication of the excesses of our civilization such as a $10 Cappuccino, TV shows on Netflix, and nonsense bashing online. You can bid farewell to all these extraneous things that you as a consumer have mindlessly devoured because zombies will now devour you. So if I were you, just wait for the onslaught of the undead to strip you of your humanity – unless of course you are a lucky bastard.

In any apocalyptic setting, there are only two kinds of people: The survivors and the dead – or in this case, living dead. Not all of us can become survivors because not all of us have what it takes to rise above the masses, but those who will make it wouldn’t want to lose their sense of self and just succumb to the mediocrity of the shambolic horde. As scholar John Cussans noted on his blog; the post – modern zombie can be treated as a “base-materialist attack on ideals of collective and individual identity/difference upon which the contemporary liberal-democratic politics of representation is based.” So, if you were able to be the last man standing, your ability to hold on to your humanity will surely make you a star of the post – zombie world.

Virtuality and Virality in the Zombie World

The reason why I told you earlier that zombies are real is because they are, and guess what? You are most likely one of them, one of us. If you have a TV or a computer in your house, if you use a phone to communicate – then you are one of us. As the distribution of information increases and our sense of presence in this tech savvy world diminishes, post – modern humans struggles with the feeling of being another cog in a tech machine. Most of us are now part of a zombie mass with a drive to consume and communicate. The digital economy has generated a new kind of waste which is human beings that are unable to fit into the demands of the 21st – century world.

According to an article entitled “The Challenges of Globalization” written by Paul Santilli in the 2007 American Journal of Economics and Society publication; in the liquid era of digital information, telecommunication, and deregulated markets, there are no fixed territories for manufacture and distribution, and no permanent set of rules or norms to mitigate capitalism’s harsher effects. We are all part of this global capitalistic marketplace but there are survivors among us who kept their individuality and sense of meaning in a virtual and viral world we live in today.

In today’s online – driven world, for the first – time in history, it’s no longer enough to be rich and powerful; to be elite and tower above the crowd and to drive through the huddled Instagram – consuming masses. Perhaps the fascinating part of this current mythology is that none of these online/ offline statuses will matter when zombies finally dawn on us. The zombie apocalypse is unlike other doomsday predictions that involve catastrophic nuclear war, natural disasters, airborne diseases, or even interplanetary occurrences as it doesn’t envision an irreversibly and uninhabitable planet. It doesn’t doom life like how an airborne plague or the aftermath of a nuclear war could because zombies are simply an affliction that one can beat down through decapitation, cremation, or a single bullet straight to the head. If you are brave, smart and possess that survivor mindset, you will surely make it to the other side. Meanwhile, conditions are tough but bearable and the best part is that you now have a valid excuse to not give a crap about your dead – end job.

The zombie apocalypse is perhaps a passive social revolution or an ultimate reality talent show that easily filters out the best from the bullshit. It will enable people to become pioneers of sorts, endowing them with all the potential and struggles of the pre – apocalyptic world. As suggested by sociologist Michael Jacobsen in his article entitled “The Activating Presence” which was published in the 2006 issue of the Polish Sociological Review –  “Contrary to the collective and long-term focus of the Utopias of modernity, hunting Utopias are hyper- individualized and thoroughly short-termed; grand designs or lofty ideals appear as anachronisms in the deregulated atmosphere of liquid modernity. Individuals are now socialized and interpellated primarily if not exclusively as hunters and act like hunters—constantly and with cutthroat-mentality searching for new prey.”

What make his statement outstanding is because of the simplistic view that the post – zombie world presents when it comes to the meaning of “achievement” and “survival.” It is because by this time, the intricacies of life in a tech – savvy world will be gone which means that the weight of perceived success through website hits or number of views will be lifted from our shoulders.

Most psychologists agree that people’s fascination with brain – eating zombies and the undead in general has always been linked to the hubris and fears of the dominant consumer class. Those who were born in the early years of the 20th century were able to overcome and control the encroachment of a threatening and primitive other.

Keep in mind that at the end of the day, you have to choose whether you would want to be part of them survivors who are ready to rise above these global challenges, or you are part of the majority who is fine with getting eaten by a horde of time – sucking virtual warp. Trust me, the latter is not that bad.