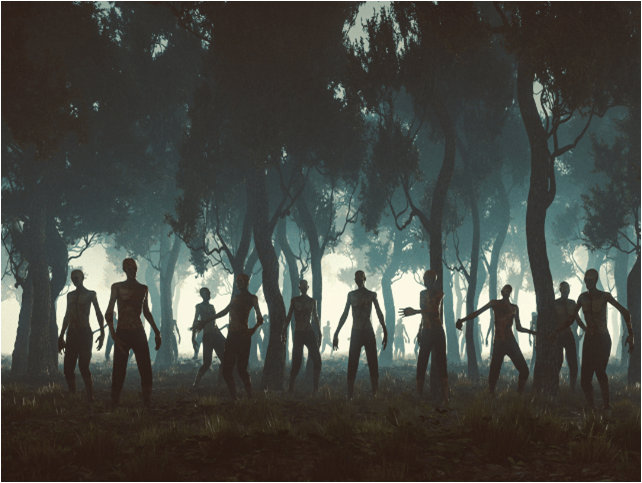 It’s pretty obvious that all round the world things are starting to change rapidly. Mass shootings, disease and virus outbreaks, civil wars and uprisings are all increasing at a rapid pace. It may not have happened yet; but all it takes is a scientist or group to mess around with the wrong genetics; or vaccinations and we’ll have a zombie apocalypse situation. Here are some great zombie survival tips that will help keep you and your loved ones alive!

1. Be Cautious of Other Survivors

Once you get used to zombies, you’re going to be able to predict their behavior and react accordingly. Believe it or not, zombies may not be your biggest problem. Other survivors are unpredictable and you can never be 100% sure what their intentions will be: good or bad. If you have something they need, or want, they may be unpredictable and dangerous. It’s always a good idea to approach other survivors with your head on a swivel.

2. Build Alliances with Other Survivors

It’s important to remember the first point we made when you approach other zombie survivors. You want to increase your group and have other survivors around you; but you don’t want to be robbed or killed. You can’t watch and sleep at the same time and more people means you’ll be able to spread hunting, gathering; and security work out further among more survivors.

Just because you think that your new allies are okay, don’t be lulled into a false sense of security. It’s important that you keep your guard up and make sure that you don’t get taken advantage of. There will be differences of opinion and tension whenever different groups get together, regardless of the situation. If you don’t believe that you’re going to be able to move past the differences; then you may want to think about moving on before you get too entangled.

4. Think About Building a Base of Operations

5. The Division of Work Among Survivors

It’s always important that everyone in a survival group contributes to work and chores; or has skills which they can contribute to the group. If everyone works together to help out; then the group will have more time and energy to focus on improvements and the security of the alliance. It’s important that you establish which people are suited to which tasks; and that you divide the different tasks equally so that one person or another doesn’t feel overworked.

It’s important that you remember that you’re still alive and that life is still continuing. Survival will be tough and there won’t be a lot of spare time, but there may be opportunities to relax; even if it’s only for a few minutes. While television and radio may be out, there are always good old paperback books to fall back on. Instruction manuals and textbooks may seem boring, but learning any new skill could come in handy one day.

If you have people in the group that are skilled hunters; then it’s important for them to teach other people the skill of hunting. If anything was to happen to that one person, then the group would be left without a skilled hunter. Every role in the group should have someone; that could serve as a backup in the case of an emergency or accident.

8. Keep the Zombie Population Down

While you don’t always want to go out and kill zombies; or actively pursue dangerous zombie fighting situations, it is a necessary evil. You want to ensure, first and foremost, that zombies around your immediate base are kept well clear. This could mean building lanes or barriers that will steer zombies away; or keeping a zombie-free zone around the base camp. While it sucks that you’re killing zombies that were once people; unless there is a cure in the immediate future, it’s better to be safer rather than sorry. It’s always better to fight one or two zombies more often, than large groups of ten, twenty, or one hundred zombies.

9. Know Your Area of Operations

It’s important that you have a good knowledge of your local area and the situation in the area that you’re working in. You need to know when something isn’t right or who else may be in the area. Knowledge is priceless! If you don’t have maps, then either scavenge some or develop your own maps. Record accesses into your areas and also plan out escape routes. If you have buildings or locations where you have found useful food or equipment, then record them so that you can return at later dates or send out other members of the group.

Unfortunately, one of the first things that collapses in any emergency situation is infrastructure. Power, fuel, energy and communications all rapidly breakdown. While you may not be able to establish or repair power stations and communications, you can work on creating your own energy sources. Salvaging solar panels and wind-generating devices is a great way to create efficient, renewable and, most importantly, quiet sources of energy. Generators should only be used in an emergency situation or for limited amounts of time. They require fuel, which will be hard to source and maintain, as well as creating a lot of noise. A lot of noise may not attract the visitors that you want!