Home » Types of Cryptids » What Are Zombies Featured in Pop Culture? 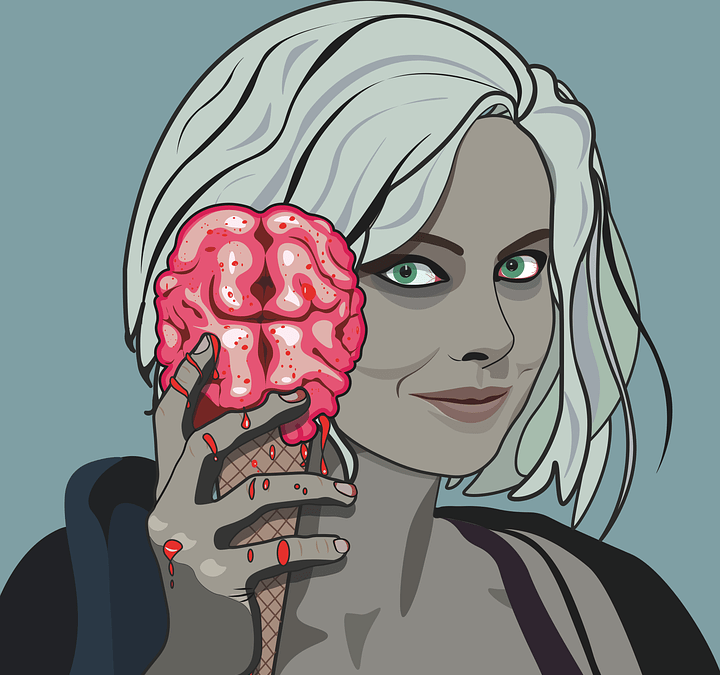 What are zombies featured in pop culture? Regarded as practically newborns, hyper zombies tend to run at a full sprint in pursuit of their prey. They are stronger and a tad faster than regular zombies, probably because their human capabilities are still fresh in their system.

These zombies are beginning to have a crimson-like skin color due to a large T-Virus infection. Their fingers also turn into claws, and they start exhaling a mysterious gas instead of carbon dioxide. Crimson Heads are faster and more aggressive, and they can take more beatings before being eliminated.

The Crimson Heads then evolve into the final stage called lickers. Lickers are faster than Crimson Heads, and they are much deadlier predators. They are blind, but their abilities for echolocation are far too advanced. They can also walk on walls, much like bugs, making the experience of being chased by them hauntingly terrifying.

Lickers look like they have been skinned. They turn from zombies who have been starving for too long. They use their sharp claws and long tongue to attack their prey.

Zombies as seen in iZombies

What are zombies featured in pop culture? Zombies in iZombies are perhaps the best-looking of all in the entire zombie lore. These zombies aren’t actually zombies but are rather classified as mutated humans who possess zombie attributes.

There are two sides to being a zombie in the show.

This is the default zombie mode. They have pale skin, nearly white, and they have light eyes too. No matter their hair color when they were humans, it turns into platinum white once they turn. Most zombies dye their hair to cover up for this fact, as it is the most identifiable sign of being a zombie.

Regular zombies function like, well, regular humans, because that is what they essentially are. They eat human brains, and when they do, they take on the traits of the brain’s owner for a limited period of time. During that time, they also get visions, which are memories stored in the eaten brain. Once the brain is not in the zombie’s stomach anymore, then the visions and the character trait adoption would stop.

Zombies also have like super spicy foods. They can even eat raw peppers. Spicy foods are the only things their taste buds can feel after turning.

What are zombies featured in pop culture? This automatically activates when they get an adrenalin kick. The skin around their eyes become a light purple, with the veins becoming more prominent. Their eyes also turn blood red. This is a mode when the zombies operate on pure instinct. They have no control over themselves, and they behave more like the classic zombie iterations. They are stronger, faster, and much more durable when in this mode.

There are three ways in which a human could mutate into a zombie.

The special mix of the Utopium carries something that turns the person into a zombie.

2. You get scratched by an already infected person.

Like in most zombie lore, the scratch of a zombie is highly infectious. However, in this case, you won’t become a “full” regular zombie. Your heart would still be beating thought it is going to be in a much slower rate of once every six seconds. This leads to the pallor often associated with zombies.

3. There is an exchange of bodily fluids.

It could be through blood or saliva, and it could be during sexual intercourse. Note that a condom won’t be enough to stop the zombie infection.

Much like the zombies of iZombie, the Santa Clarita Diet zombies still retain much of their personalities when they were human beings, except they would much rather consume human flesh now than a vegan plate. There is also a decrease in self-control and the biological functions have ceased.

So far, the only way to infect a human is by biting. Also, their bodies do rot but in a very slow pace when compared to other lore.

Zombies as seen in Kingdom

As opposed to others on this list, Kingdom is set way back in the past and in an entirely different continent. It shows zombies during the Joseon dynasty in Korea. The plague that turns people into flesh-eating monsters was created by a nobleman who wanted to keep the dying king alive, at least until the queen could give birth to their heir. What are zombies featured in pop culture? These zombies are quite vampiric in nature, in the sense that they scramble away from the sun. Like other zombies though, they also want to completely consume every human being they come across.

What Does Socrates Thinks About Zombies?