Home » Zombie Apocalypse » What Are the Chances of a Zombie Outbreak? 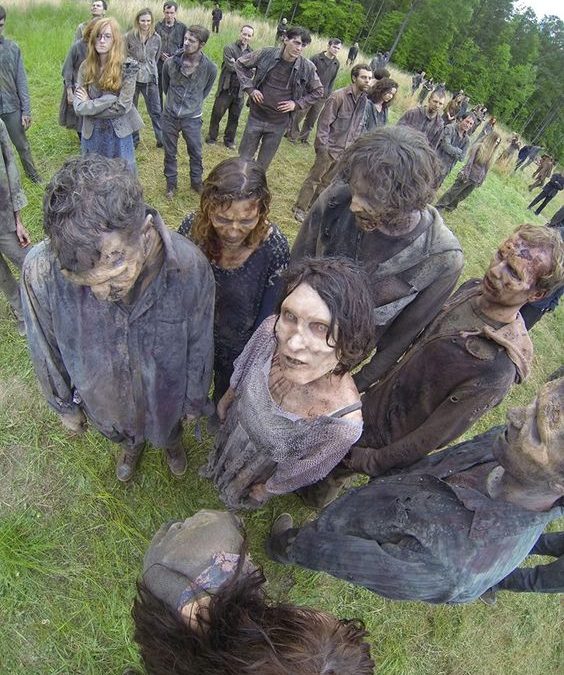 Zombie movies and TV shows are the craze right now. This post-apocalyptic, alternative world might seem too real to the eyes of the audience that you have found yourself wondering if a zombie outbreak could possibly happen. It is important to know if it is scientifically possible in order for you to plan ahead. But before you go that far, it is important to look into some of the possible reasons that could lead to a zombie outbreak.

It’s one of the common things that you might have known about zombies from the movies: they like to eat brains. Hence, scientific experts believe that brain parasites (yes, they actually exist!) can affect an individual in such a way that they can act like a mindless-zombie. One type of brain parasite is known as toxoplasma gondii. This is a type of bug that infects mostly rats and grows inside the cat’s intestines. This is the same parasite that is compelling the cat to eat a rat. It is believed that the parasite has the ability to control a cat’s brain for them to crave for a rat.

But here is an interesting piece of information: scientific experts claim that there have been cases of toxoplasma infection in humans. Some who have acquired this infection do not even know that they have it! Meanwhile, those who have been infected exhibit changes in their personality.

In terms of causing a zombie outbreak, scientists believe that it must take a more evolved version of the parasite to turn humans into zombies. As for how long it will take for these parasites to evolve (and to what extent), it remains clear and more studies must be done.

This is one of those types of factors that have been used a lot in zombie films. The idea behind neurotoxins affecting human’s brains is that it causes the bodily functions to slow down to the point that the human body is almost in a death state. The concept of neurotoxins affecting the brain is not too far out in today’s modern society. In fact, you can find a neurotoxin present in a Japanese blowfish.

Humans who could be exposed to neurotoxins might exhibit a trance-like state, which is very commonly exhibited by zombies (as seen in movies or on TV, at least). This makes it possible for a human to perform basic tasks such as eating, walking or sleeping but do so in a mindless state.

The impact of neurotoxins is not the stuff of fiction. Plus, there are also several movies and films using neurotoxins as a starting point for zombie outbreak since it is the most plausible.

This is another common plot used in zombie movies with 28 Days Later being the most prominent of them. The concept is that the virus starts from animals such as the mad cow disease. The virus attacks the cows and turns them into a fit of rage consisting of violent but mindless attacks. The same can happen to humans when they consume the infected meat of these animals. The idea is very scary since it is the most possible means of contact for humans to the source of virus.

It has been tested in a laboratory that a type of chemical (known as serotonin) inhibits the said virus from turning a perfectly normal human being into a mindless killing machine. Without this chemical, that disease can turn humans into real-life zombies.