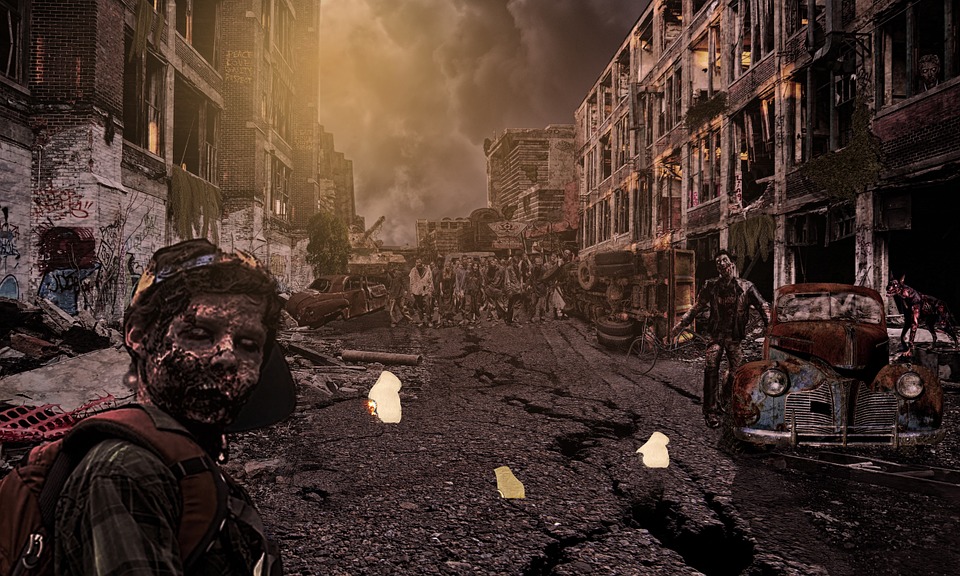 Zombies are sub – genre of horror, and as we all know it’s already very saturated. It eventually became a hype or sort of a fad type thing from Walking Dead and Resident Evil to Twilight and Jennifer’s Body. Needless to say, there were way too many zombies films made – a lot of them are actually terrible but doesn’t mean there aren’t many well – made films out there. This is why in this article we will cover top 5 unconventional zombie TV shows and movies. The list you’ll see below includes films and TV series that aren’t the most influential but has pretty interesting plot twists that may satisfy serious zombie fans out there that’s far from mainstream shows.  So without further ado here they are:

This is a French horror film that’s just really gory, bloody and has that in – your – face action. Great for people who also love watching bloody murder shows. It’s very brutal but has amazing action scenes that immediately draws you in and puts yourself in the position of the characters and feel that the stakes are real. There’s also a sprinkle of comedy and over – the – top moments that’s ridiculous but it’s also grounded though sometimes it would seem unrealistic. You will definitely empathize with the characters especially when they’re trying to work together to just kill one zombie. It is set in a very intense environment where the zombie apocalypse quickly spread and there’s not much time to prepare. The characters in the film are composed of police officers and criminals or drug lords that ended up in the same building because of a sting operation which obviously didn’t happen because they need to then team – up against the aggressive zombies coming their way. I think this is a great foreign film but obviously I can’t spill too much scenes without spoiling it for you, so just have to check it out for yourself. Definitely a must – see for you tough guys out there since it’s a hard – hitting but also hilarious 5 unconventional zombie TV shows zombie film.

PontyPool is based from a best – selling book with the same title. It’s a 2008 Canadian zombie film. The interesting thing about this film is that it doesn’t have that many zombies in it. The zombies in the film are not something you will see in traditional mainstream or even unconventional films. It’s quite hard to explain how it spread out without giving you spoilers but you can always check out the trailer to see if this is something you would like to watch. It’s definitely one of the best zombie commentary films of all time. Pontypool delves with political, social, and psychological topics about the human condition including government and society in general. There’s also lots of awesome atmospheric sub – text in the film. It’s very well – put together and just brilliantly crafted from start to finish. The way they use dialogue in this film is very well – crafted as it becomes sort of the focal point of the movie since it is set against a radio broadcast with the host and its team. The way they portray the messages are also fantastic. Pontypool is definitely a horrific, mind – boggling and atmospheric zombie movie that made the most out of sounds and expressions to bring horror into the film instead of the usual visual action or traditional fast – moving zombie thrillers. However, PontyPool may confuse some viewers because it has this subjective and eclectic taste but it’s just one of the incredible must – see zombie films ever produced. It’s also worth binge watching with your friends every Halloween.

The next one is the 2006 Spanish horror film Rec. Quarantine is the American version of Rec which is still a great movie but of course nothing beats the original – that’s just my opinion, so see for yourself. It’s a first – person point of view footage film that’s set in an apartment building where people turned into flesh – eating zombies. The film has a disease angle on the zombie apocalypse which changes in the part two and expanded further on in Rec: Origins, all of which are very interesting and entertaining zombie flick. You’ll definitely feel as if you’re in the building along with all these flesh – eating walkers and go to all these dark rooms. It’s a great film in the zombie genre and definitely a must – see for serious zombie fanatics. It’s very intense so make sure to get lots of popcorn and pee before you watch this one.

This film is seriously f*cked up but in a good way. It’s not something that I would normally recommend to people but I included it here because the plot is quite symbolic. So while it’s extremely disgusting and horrible to watch even from someone who already has seen a lot of gory movies, it is deliberately made that way to portray a message. The movie is very well – put together, and you’ll also see great scenes that are incredibly well done. The ending is also fantastic. The film is all about having that contextual criticism of abusive relationships as well as the horrors of human psychology set within the confines of zombie and horror genres. This movie is not for the faint of heart.

Dead Set is a 5 – episode British TV mini – series that’s centered around a fictional Big Brother House set in the midst of the zombie apocalypse. It’s a really an entertaining, funny and action – packed TV show because the zombies are fast – moving and intense which is something that most people prefer since the chase is thrilling. The zombies are hard to kill which is way better than a traditional zombie characters. We highly recommend you to watch this one because it’s over – the – top fun series to watch, very thrilling and also combines the elements of great zombie movies. It contains lots of humor and also dark humor, has compelling characters where some of whom goes from being weak and passive to these strengthened bad – ass types, so you’ll see how each of them progresses. The TV series also did a great job in using zombies as sort of the channel to critique modern pop – culture and how people watch reality television or how we as a modern society demand and absorb media. Dead Set is definitely a great TV series that portray zombies right – assuming that there’s a right way to do them.

What Are the Best Vampire Shows?