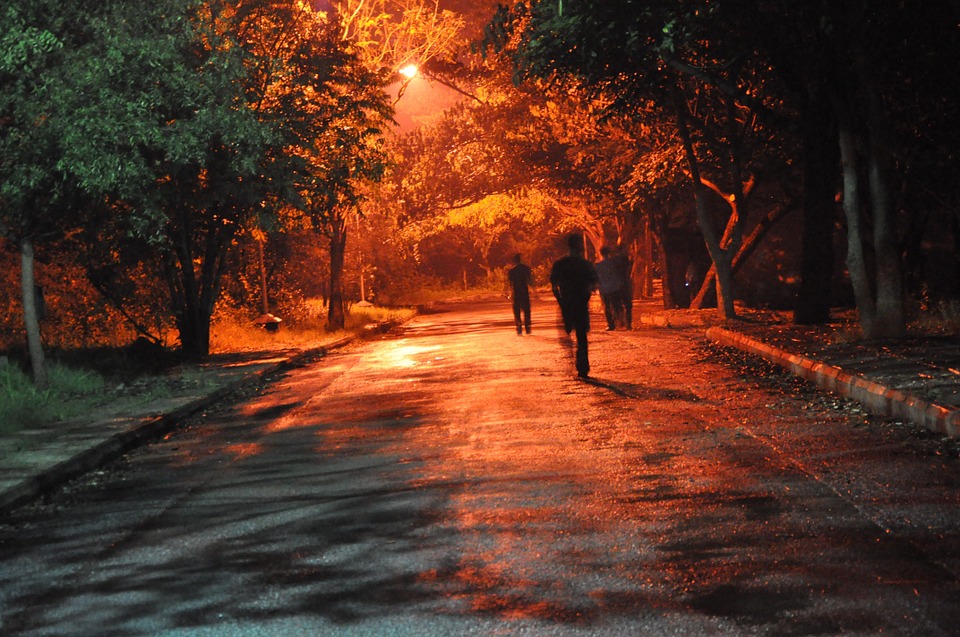 There are numerous zombie running games out there but the best ones remain a rare treat. When it comes to ranking them we can do so through different approaches. For instance, video games have long appreciated the undead for not just their horror factor as they are being played but also for the plot, the characters and of course the visual graphics. Whether you’re playing a zombie game that involves a lot of running or a shooting an endless horde of flesh – eating zombies there’s something special about the living dead – and our itch to return them back to their graves where they properly belong. In this article, we’ll take a look at some of the best zombie running games you can play just by yourself or with friends.

It would be a grave sin if we do not include Telltale’s The Walking Dead in this list because it’s definitely a must – play for avid zombie fans out there. Even if you’re not a fan of zombies, you’ll surely have fun and learn a lot when you play with this game. Unlike other zombie games that will have you chop off heads or shoot hordes of zombies in the brains with cool weapons, this game is all about strategy. It’s a point – and – click action – pack adventure that focuses more on the human psychology and how one will respond should a zombie apocalypse happen. Instead of just killing zombies, this game will test the player’s decision – making abilities and how one can overcome fear because there are definitely lots of messed – up situations. It’s a really well thought – of game that explores the human side of this whole phenomenon.

You will play as Lee Everett who is a convicted murderer, and as you encounter other survivors, you will have to make choices down the line that can have consequences for you or other members in the group. Perhaps the reason why this game is the best of all time is because players forms a connection and empathize with the characters as they go along so if one of them gets killed, you will feel as if you really lost a friend. Bottom line is that decisions need to be made and people will die but just like in real life, you have to live with the consequences and carry on.

There are more recent games in Call of Duty that has their own zombie modes but the best by far is the endless undead – slaying experience of Black Ops 3. Treyarch which is the lead studio of Black Ops franchise originated a sub – series in the previous installment of Call of Duty: World at War. The Black Ops 3 is the completion of the time – travelling premise. The game is the right place to play if you’re an avid fan of Call of Duty.

You’ll surely enjoy going through all the key moments within the 15 maps provided just to save yourself from the Nazi Zombie apocalypse. In addition to Treyarch’s zombie story, the game also incorporated key changes including the Gobble Gums ability and also Prestige that most pro zombie players use. We cannot wait for Call of Duty: Black Ops 4 but for now Black Ops 3 is the best zombie running games under the Call of Duty installments.

The Last of Us

Another great game that’s one for the books is 2013’s Game of the Year, The Last of Us. It wouldn’t bag this prestigious award for nothing. You’ll soon find yourself playing one of the most intense and engrossing zombie – related gaming experience. It will take players through a dangerous cross – country adventure through the infected areas that had been overrun by plantations. Aside from the flesh – eating zombies waiting to attack you, you will also encounter psychotic villains, desperate selfish humans and a repressive government – not to mention that you have to go through it all with a teenage girl that will annoy you and also save your life from time to time.

You will get to see the intense and dark journey of Joel and Ellie, and you’ll go through dilapidated and eerie zombie world that’s deliberately set for a stealth game play. This game takes zombie suspense to the next level so don’t expect that it’s going to be another typical gun – blazing zombie running game because you will also need to be strategic to survive. You need to beat strong enemies, hunt for supplies and conserve your ammunitions. It’s a very graphic, action – packed, and in – your – face adventure that’s emotionally engaging you’d feel as if you’re really the character in the game. The Last of Us is still the reigning zombie survival game today.

This game is available on PS4 and PS3.

Another action – packed zombie running games is The Left 4 Dead series. This game focuses more on teamwork and strategy. If you want to survive, it’s all about learning how to lead a team because if you don’t and you try to go at it alone, you’re as good as dead. The game requires you to get your team members from one point to another with wild and crazy zombies standing in your way. Unfortunately, the horrific zombies are only a tip of the iceberg because the crazy part is that you need to get passed with the so – called “super zombies” that also work together to eat your well – coordinated and heavily – armed team. If you enjoy playing with your friends or with a team then this is the best game to play.

This game is available on Xbox One, Xbox 360, and PC

Even if this 2.0 version doesn’t fix all the flaws of the original it’s now much better than its predecessor. If you’re not familiar with the first series, it’s all about helping you tell your tale of surviving the zombie apocalypse through a map – dotted set that has resources and other survivors that you can befriend or play. The best thing with this new version is that they are already adding multi – player options. You can now invite your friends to help scavenge for settlement and defend supplies to expand the possibilities of your storytelling. You can also have the opportunity to test out your survival plans

This game is available on Xbox One and PC.

7 Kick – Ass Strategies You Can Use to Survive a Zombie Attack!