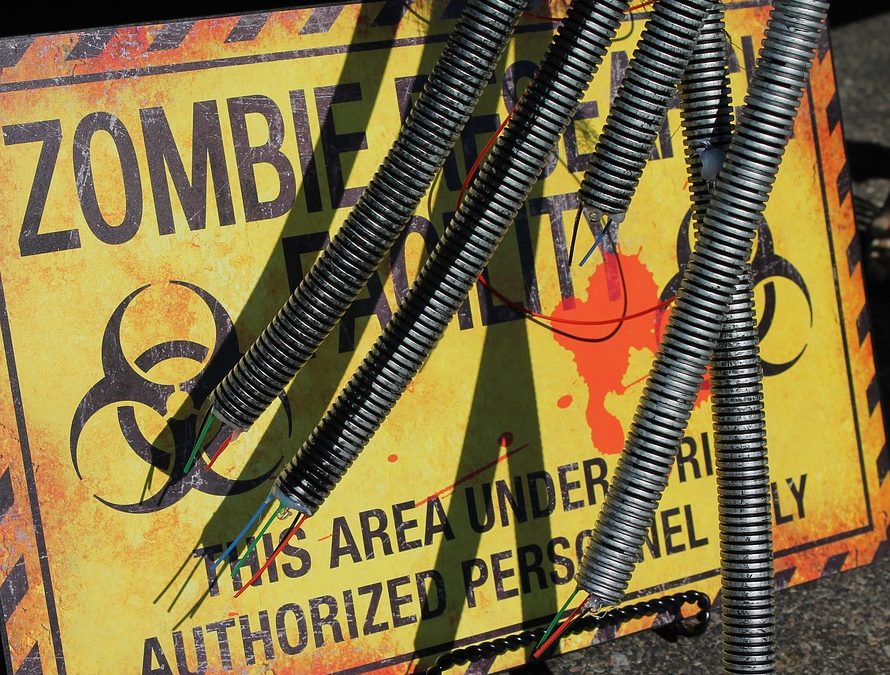 Let’s face it a zombie outbreak is something that almost everyone fantasizes about because for some reason it looks “cool” on TV shows and on the big screen. According to psychologists, pop culture’s fascination to zombies or the undead including vampires and other mythical creatures means that the society we live in today are somewhat trying to find meaning in our lives, and because purpose or meaning is sort of a hard thing to find, as a society we tend to be inclined in finding an escape to life’s big questions through the form of entertainment, particularly zombies since these creatures portrays a life without purpose. Whatever your reason is for being fascinated with these characters, it’s quite intriguing to ask yourself sometimes what would happen if a zombie outbreak occurs, and the most important thing is what are you going to do to survive? In this article we’re going to give some practical tips when it comes to surviving a possible zombie outbreak so that you won’t be clueless as you fight against the living dead.

Do You Have What It Takes?

I mean why would you? Even if you’re The Rock, you wouldn’t want to traverse the world alone knowing that zombies are out there to get you anytime right? Unless of course if your travel buddies are already dead then you have no choice, but it’s always best to try to find somebody to go along with you in this crazy journey. Now travelling in groups can seem quite dangerous at times because you just never know on who’s hiding a bite and could feast on your flesh in the middle of the night – or day? But most survival experts agree that should a zombie outbreak really happens or a zombie apocalypse befall our Instagram – worthy civilization, your odds of survival are higher if you have allies with you.

You see being in a group means that somebody is watching your back especially when you need it the most. You can also delegate tasks in the group particularly when you run out of supplies or when trying to find a new shelter. One of the main advantages of being in a group is that your supplies or territory will be protected not just against zombies but also other groups – this only entails that even in a zombie apocalypse, it’s every man for himself. If you are with a group, it’s much easier to intimidate other groups who might want to steal supplies from you. And while we’re at it, don’t ever go down. This strategy won’t work if it’s a different scenario, say when you’re being chased by a serial killer or something because as you have seen on films or TV shows, if someone climbs up to get away they usually get trap on the rooftop. Luckily this strategy works out if you’re being chased by a zombie because they are just terrible at climbing stairs or ladders, they’re not properly coordinated remember? So this means that your best bet is to move to a higher ground, if you can’t lose them by doing that, at least you have bought some time to prepare your next step. Once you get to the top, just keep quiet and stay out of sight until the zombies chasing you get distracted elsewhere.

If you’re looking to survive when a zombie outbreak happens for a long time then you must have the right weapons to defend yourself because you will get attacked. Obviously the best weapon is a gun or a firearm because it lets you shoot them in the head with a bullet or two without actually facing them. Guns and firearms are light to carry and most importantly, they get the job done. Sure, axes and knives are cool and you may need to keep them as backup in case somebody jumps on you or if you run out of bullets but the problem is that you need to have strength when you use these tools, and you need to do it with accuracy otherwise you’re dead. So the lesson here is this: Don’t run out of bullets!

Weapons will help you attack a zombie but putting on the right armor will keep you on the defense if one sneaks out behind your back. If there’s one thing that zombie flicks taught us is that they always go for exposed skin. Their target areas are the face, neck, arms and legs. Obviously if this is really happening, you would want to cover up every part of your body. Think yourself as a member of the army or SWAT forces, you are more protected and you get to kill zombies in style!

Tip #4: Food and Water Will Keep You Sustainable

This is something that needs no explanation but for the purposes of this blog I will elaborate more on why it’s important for a human being who’s in the middle of a zombie outbreak to have food and water all the time. Food and water should come first in your survival bag. Speaking of survival bag, never go anywhere without it; aside from food and water, your survival bag should include first aid kit, weapons/ tools, clothing, navigation, electronic devices for communication etc. The food and water should help you last for at least a few days to a few weeks. If ever you find yourself pinned down and hiding from a flock of zombies the food and water you have are your only chance of survival until something draws their attention away from your hiding spot. You have to make yourself sustainable just in case you get trap somewhere.

Preparation is the key to survival not just during a zombie outbreak but life in general. The best way is to be ready even before it happens. This doesn’t only mean that you have your emergency survival bag with you at all times, it also means you have a plan – a well thought of one. You should know what to do once it happens and most importantly where to go. Should a zombie apocalypse occur and there’s blood on the streets, I’m pretty sure you’ll have no time to think which is why you need to already have a course of action to take. It may seem silly to prepare for such event but the tips aforementioned will also help you for other natural disasters.

7 Kick – Ass Strategies You Can Use to Survive a Zombie Attack!