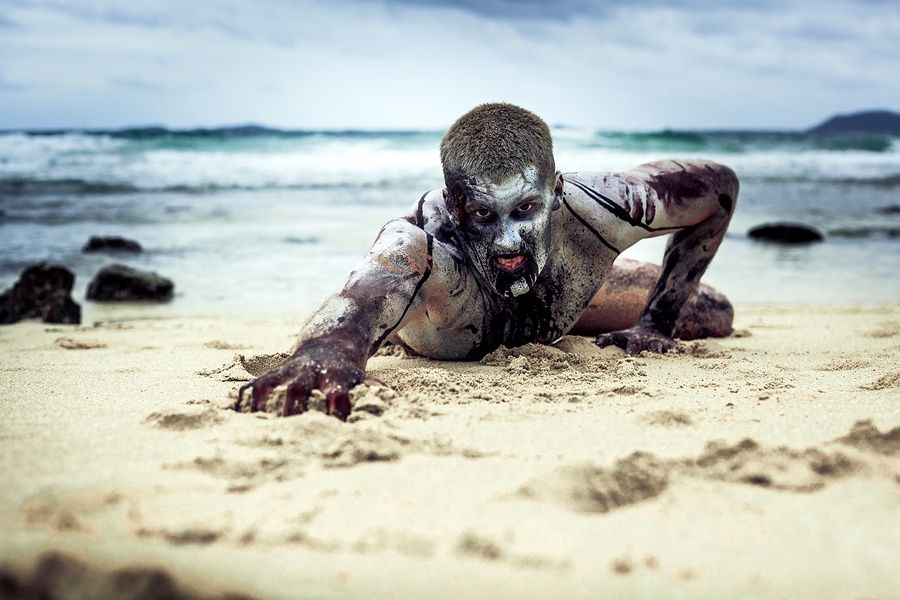 The zombies aren’t going to be the only threat you’re going to have to worry about. There will be plenty of living, breathing folks who are just as dangerous to your survival as the undead — or more so.

That whole idea of man being civilized can go away really quick when push comes to shove. I know you probably think I sat around reading Guns and Ammo to get ready for this whole cluster . . . uh . . . crisis, but I’ve got some news for you.

Since I have every intention of being here to the bitter end, I figured out right quick that my biggest survival strategy was learning everything I could about possible disasters, including just how whacked my fellow survivors might be. So yeah, I’ve been reading, but not the kind of thing you might think. So, zombies aren’t the only enemy, what’s up with that?

Short version. Two big boats. Both went to the bottom. Lots of people died. Who went down with the ship and why? The numbers stack up pretty even:

First thing the profs did was arrive at a “reference group.”

These people were like the red shirts on Star Trek. They were toast from the minute the ship hit the iceberg.

But two survivor groups really stood out on the Titanic. Women were 48.3% more likely to live than the reference group and first class passengers had a 43.9% better chance.

On the Lusitania? First class passengers were 11.5% less likely to survive and women were just 10.4% more likely to live. You know what was the real difference between the two situations and what really mattered the most in how people fared? Time.

The Lusitania went down in 18 minutes and people lost their freaking minds. It’s a wonder anyone got off. The Titanictook 2 hours and 40 minutes to sink, long enough for “socially determined behavioral patterns to reemerge.”

In other words, people remembered their manners.

You got a situation where the world falls apart slow enough for people to cope with it? Society is gonna hang together reasonably well. Everything goes downhill in an hour? People are likely to do damn near anything.

What are you going to do in advance to cope with that scenario? Get educated in a big damned hurry.