Who is Rex Cutty? 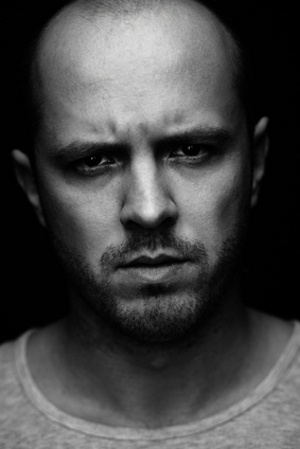 Who is Rex Cutty? Rex Cutty refuses to provide any credentials for his “authority” as a supernatural and survivalist writer. “I’m here, aren’t I?” he says. “You guys bury your head in the sand of ‘reality’ all you want to. Meanwhile, guys like me deal with what goes bump in the night. You’ll believe me when you need me bad enough.” Who is Rex Cutty? A somewhat shadowy figure with vague ties to agencies like the Centers for Disease Control in Atlanta, Cutty is an expert on both zombies and vampires. “The rotters are kinda the trailer park trash of the monster world,” he says. “Them you can deal with. But vampires? They’re social climbing, bloodsucking elitists. All about the politics with them.”

Packing his books with useful survival information and a hearty dose of self-deprecating and sarcastic humor, Cutty says living through anything is about attitude and a decent sense of humor. “Man, you stop laughing? You’re gonna start dying. Simple as that.” Who is Rex Cutty? He readily admits that his survival tactics would work in a Hurricane Katrina situation as well as a full-on monster apocalypse, adding sagely, “And I don’t know about you, but I’d a hell of a lot rather deal with zombies than those FEMA guys.”

Who is Rex Cutty? Cutty claims no affiliation to any political party or philosophy beyond just staying alive. “Tell yourself what you want to when you’re out there trying to keep on breathing,” he says. “Personally, I think the biggest horror we got going is the U.S. Congress, but I can’t stake a Senator, no matter how much I might want to, so politics is no interest to me. If you can’t fight the monsters, then I say move on.”

Although vague about what he does for his “day job,” Cutty likes to write in his personal bomb shelter. “I’m really not all that worried about the Commies pulling the trigger anymore,” he says, “but I inherited the place from my Granddad and it’s a great place to get away and put my books together at least it is now after I added wifi and a sports package.” When asked about his next book, Cutty said, “Wouldn’t you like to know.”

Even if you don’t know the word “cryptozoology,” you know some pretty famous cryptids already although you may not realize it. Creatures like Bigfoot, the Loch Ness Monster, and the Abominable Snowman are a huge part of our pop culture references, a fact that does make them more or less, “real.” Most people have some idea of what these creatures “look” like and some understanding of their backstory.

What you may not realize, however, is that there are all kinds of allegedly unknown creatures around the world. And there are lots of people who spend a great deal of time looking for evidence to prove that these animals really do exist. That’s what cryptozoology is all about and, thanks to the Internet, this endeavor can be either an active or an armchair hobby. Rex Cutty, author of Zombie Apocalypse: A Survival Guide and Vampire Apocalypse: Know Your Enemy – A Survival Guide, takes on the topic of cryptozoology from the standpoint of a long-time, highly interested bystander.

The end of the world as you know it. What are you going to do when it happens? Because it will. Yuck it up all you want to. Write the whole zombie apocalypse off to Hollywood hype. Go right ahead and keep boating down the river called Denial, Cleo. Send me a postcard when the zombies are beating down the pyramid door.

This is a book for both the pre- and post-apocalypse crowd. If you’re ready to get off your complacent backside and prepare for what’s coming, I’ll show you how to get started with an EDC (every day carry) survival kit and move through threat assessment, defensive strategies, basic weapons selection, and planning your long-term cache of supplies. If you’re hunkered down clutching a filthy copy of this book in a ruined store, get the hell out of there!

The reason vampires are seen as hip, fictional creatures is because that’s exactly how they want us to see them. This class of “monster” has done a brilliant job of manipulating pop culture perception of their kind, taking themselves in less than 100 years from feared creatures of the night to their current status as a sensitive, misunderstood, subjugated minority in need of civil rights protection.

Supernatural, paranormal, and survival expert Rex Cutty has plenty to say on that topic and none of it will win him the Vampire Protection League’s Sympathetic Human of the Year Award. Written in his trademark, punchy, sarcastic style, Cutty’s text makes one thing clear. Dead is dead. There is no misunderstanding on the subject. And dead at the fangs of a vampire is one place you don’t want to be.