Home » All About Vampires » What Are the Traits of Vampires?

What Are the Traits of Vampires? 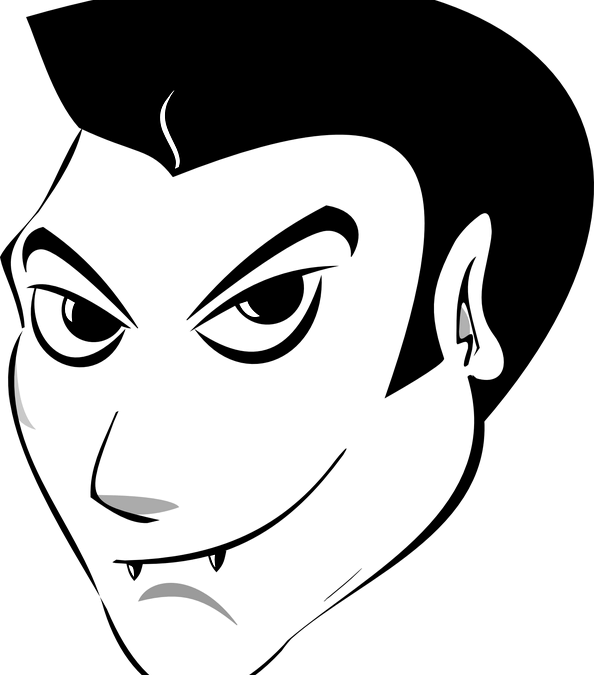 What are the traits of vampires? Before, supernatural creatures with vampiric traits were often thought to be either ghosts, demons, ghouls, or even deities. These vampiric creatures essentially functioned as precursors of modern vampire lore, which are heavily based on pre-existing folklore in 18th-century southeastern Europe.

Vampire or vampyre first appeared in the English language in 1734. It had been derived probably from the French vampyre or the German vampir, which has Serbian roots. Indeed, the Serbian vampir (вампир) has parallels in practically in all Slavic languages: the Bulgarian, Bosnian, and Macedonian vampir (вампир), Czech and Slovak upír, and Ukranian upyr, among others.

What are the traits of vampires? In ancient civilizations, there were mentions of supernatural creatures that prey on living humans, consuming their blood and flesh for sustenance. Almost all cultures have these creatures in some form or another, and they are often attributed to a revenant or demon.

What are the traits of vampires? Various regions in Africa have their own folklore featuring creatures with vampiric traits. For instance, there’s the iron-toothed asanbosam which dwelled on trees while waiting for prey. The Ewe people also has the adze, which is a being that can shape-shift into a firefly and lure unsuspecting children. In Madagascar, the Betsileo people have the ramanga, who drinks the blood and eats the nail clippings of nobles.

The nukekubi is a demon whose head and neck can detach from its body to hunt for prey.

The mandudugo is a beautiful girl at day who turns into a demon at night, with wings and a long tongue she uses for suck up the blood of a sleeping victim.

The manananggal can detach its body at the waist, with the upper body free to fly in search of a pregnant victim. They use an elongated tongue to suck up foetuses from their mothers.

What are the traits of vampires? The mythical Lilitu was a demon who consumed the blood of babies. There were also shape-shifting estries, female demons who prowled during the night in search of prey whose blood they would drink. Estries were said to be God’s last creatures, formed in the twilight before God took to rest.

Greco-Roman mythology mentioned various demons such as the empousae, the lamia, and the striges. Empusa, daughter of Hecate, the goddess of dark magics, transformed to a young woman to lure men and then drank their blood. The lamia and striges feasted on the blood of children, though the striges also preyed on adults.

Here, there are tales of ghoulish beings called piśāca, which are the returned spirits of humans who have been wretched and evil while they were alive.

What are the traits of vampires? The modern retelling of Western vampires can be traced to The Vampyre by John Polidori in 1819. Then there was Sheridan Le Fanu’s Carmilla in 1872. Both works influenced Bram Stroker’s Dracula published in 1897, which became the standard upon which all succeeding vampire tales were held. It is the definitive vampire work that essentially redefined and reinvented what a vampire is.

From Stroker’s work, a lot of vampire stories have spawned across the centuries, with modern reiterations possessing significant changes from their origins. Still, the fact remains that vampires are arguably the most popular and well-known supernatural creatures, trumping others such as zombies and faes.

What are the traits of vampires? Perhaps this popularity come from how vampires are depicted as enigmatic, irresistible forces that thrive in the dark. There is always an air of mystery around vampires, exacerbated by the possibility that they have been around for as long as there are civilizations. They also possess unnatural grace and beauty, both of which are used as traps for their prey.

Vampire stories continue to be depicted in modern media. Their romanticism has been highlighted in Anne Rice’s Interview with a Vampire, and further taken into another level with subsequent works of fictions such as The Vampire Diaries and the Twilight series.

What are the traits of vampires? Of course, the persistence of vampires in pop culture can be attributed to how they are seen symbols of sexuality and our ever-present dread of our own mortality. Vampires are not governed by the laws of men, nor are they under the purview of God. There is something freeing about their existence, though of course, it is tainted by the fact that they need to consume blood to continue to “live.”