Home » Vampire Apocalypse » What Are the Most Common Vampire Stories? 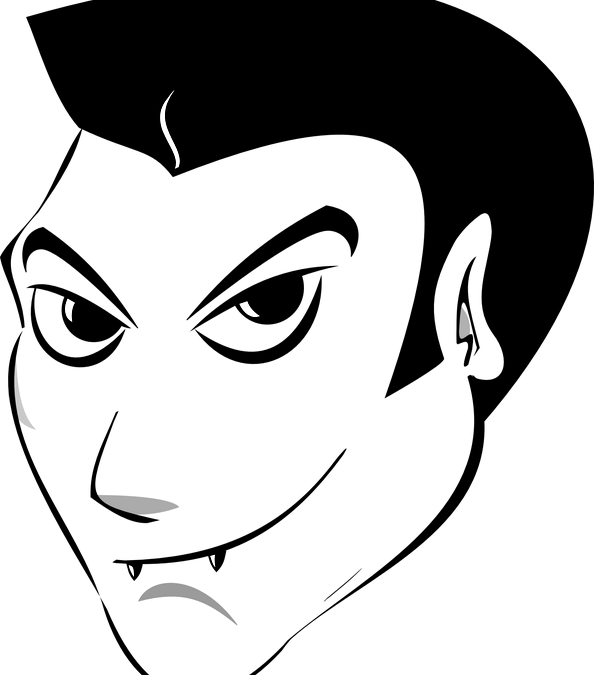 What are the most common vampire stories? The first vampire folklores originated from the south-eastern Europeans’ spoken traditions. In most cases, vampires were turned from humans who had killed themselves or were possessed by evil beings. These folkloric vampires were as far away as possible from their modern iterations: they were bloated, dirty, and with a ruddy or purplish appearance.

Though the first actual vampire story is often attributed to Bram Stroker’s 1897 novel Dracula, it is really Sheridan Le Fanu’s 1872 novella Carmilla that initially put the vampire myth in a literary spotlight. These 19th-century vampires were aristocratic, with an otherworldly magnetism to them that makes them irresistible to their prey.

What are the most common vampire stories? Many changes in the vampire lore have been made since then. For instance, it was Anne Rice’s Interview with a Vampire (1976) that opened the gateway for vampires as main characters with whom to empathize and not as demonic villains we ought to destroy. From this same vein spawned popular vampire fiction such as L.J. Smith’s The Vampire Diaries (1991), and even later, Stephanie Meyer’s pop culture phenomenon Twilight (2005).

With numerous stories featuring vampires and vampiric elements, it is no wonder that there are lots of mystic and intrigue surrounding their lore. Here are a few of the most common vampire myths that we have heard of at one point or another.

Vampires can turn into bats

What are the most common vampire stories? This is a classic facet of vampirism, moulded after Bram Stoker’s Dracula. European lore typically describes vampires as taking forms of various animals such as wolves, cats, snakes, and such. Stoker, an Irishman who wrote key parts of his novel while in Whitby, England, may have been inspired to use bats since the area is full of them.

Vampires cast no reflection on mirrors

This has to do with a vampire’s soullessness and demonic origin. In olden times, silver was used to produce mirrors, and it was often attributed to purity and virtue. Since vampires have corrupted souls, silver-made mirrors then were unable to produce their likenesses.

As such, mirrors were also used as protection in houses during vampire scares in medieval times. Vampires couldn’t enter a house without express invitation, so homeowners were encouraged to put up mirrors across the doorway. That way, when you open the door and you see the visitor has no reflection, you wouldn’t mistakenly invite them in.

However, modern mirrors don’t use silver anymore. So perhaps, our old vampire friends could see themselves reflected again. Won’t that be an interesting surprise for them?

Vampires can be disintegrated by sunlight

What are the most common vampire stories? This can be linked to how vampires are children of the night and descendants of demons. When vampires are exposed to sunlight, they immediately get blisters and burns, and prolonged exposure causes them to literally get destroyed.

This myth may also be a result of Stoker’s novel, at least indirectly. After Stoker’s death, his widow refused to sell the story rights to a German film company. That didn’t stop the company from using key elements of Dracula to fit their narrative, which culminated in the 1922 silent film Nosferatu. Nosferatu’s ending scene involved the early rays of dawn striking the Count, which led to his disintegration. From then on, using sunlight as their weakness has been a staple in vampire stories.

What are the most common vampire stories? Modern vampires such as in The Vampire Diaries use spells and artefacts to work around this sunlight curse. In the case of Twilight, vampires are impervious to the sun. However, they still choose to hide from it because though it doesn’t destroy them, it makes them, well, sparkle. It does make hiding their true nature a bit trickier.

Vampires can be repelled by holy relics

Again, this has to do with the vampires’ corrupted souls. Since they are creatures of the darkness, it stands to reason that they are weak to the divine. Thus, vampire hunters are armed with crucifixes, rosaries, the Bible, and holy water. Some modern stories feature silver bullets engraved with crosses too.  Vampires traditionally cannot tread on consecrated or holy ground. As such, they can’t walk on churches or temples.

Vampires can be killed by a stake through the heart

Though there are various ways in which vampires can be killed, staking is the most popular method, particularly in Slavic cultures. Stakes can be formed from different woods: ash in Russian and Baltic states and hawthorn in Serbia. Aspen is a common choice too, since it is said to be the wood with which Christ’s crucifix was made. After staking a vampire, the stake is often left on the body to prevent it from rising again. What are the most common vampire stories? In some lore, decapitation is the preferred method of slaying vampires. Some burn away the body to assure permanent destruction.