Home » Cryptozoology » UFOs and Aliens: Do Millennials Still Believe in Them?

UFOs and Aliens: Do Millennials Still Believe in Them? 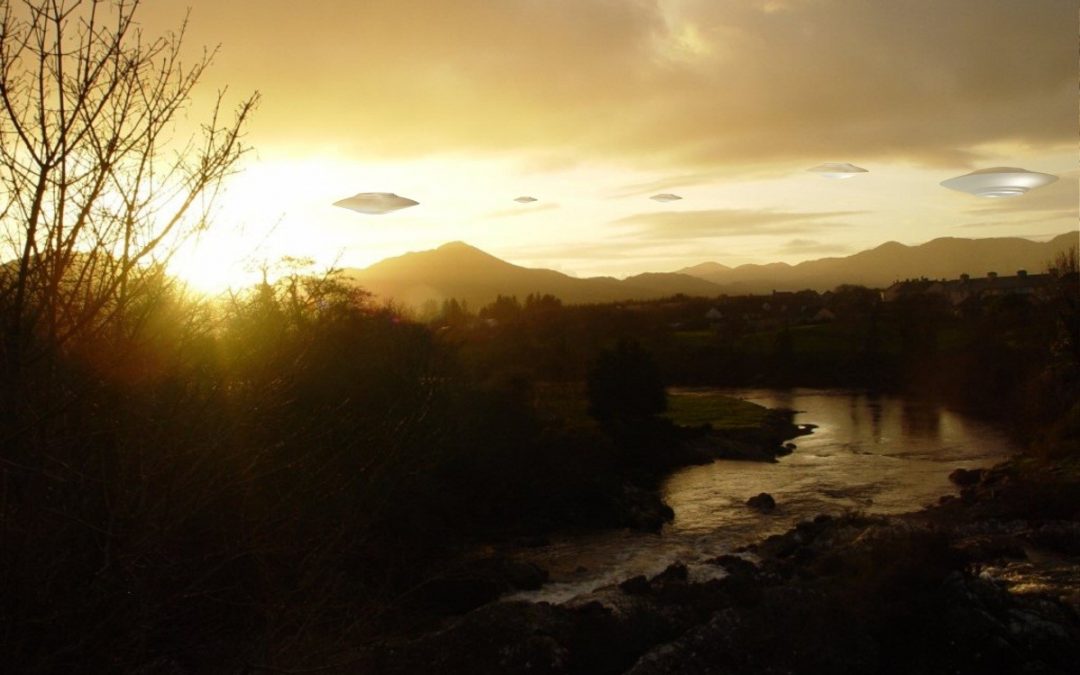 One way or another, most of us know the UFO and Aliens phenomenon. In fact, lots of people have a strong belief that extraterrestrials do exist and had visited Planet Earth many times over. There were various instances and sightings of UFOs or Aliens over the past few decades leading many people to believe that they are not just a product of science fiction. However, as years go by, interests in UFOs and Alien life began to wane especially in the first decade of the 21st century. The advent of the internet and the many technological and scientific changes probably made millennials more skeptical and less of a believer than the past generations since we now know more information than ever.

UFOs and Aliens: Sightings during the 20th Century

Many people especially those who have lived in the 20th century strongly believe that we are not alone in the universe, that “alien life” exists because of the many alien reports and UFO sightings.

The 1990s were sort of the mania phase for public interest in UFOs and alien abduction. Hollywood banked on it by creating primetime shows like The X – Files and Alien Autopsy. The Massachusetts Institute of Technology also held an academic conference regarding the alien abduction phenomenon.

Aliens, UFOs, and space exploration in general are treated as man’s new frontier. The public’s curiosity about life beyond earth was aroused – thanks to scientists who wants to demystify the topic.

The fuzz about UFOs formally began back in the 1940s when a pilot by the name of Kenneth Arnold sighted nine disc – like objects while he was flying over Mount Rainier. The media, as it always does, have given it a name so that it can catch people’s attention; the disk – like unidentified flying objects were called “flying saucers.”

A few weeks after that fateful incident, the military had recovered one of these UFOs because it apparently crashed (though the information is classified), either that or the Roswell Daily Register who reported it is just trying to come up with a newsworthy story. However, by the end of 1947, UFO sightings by Americans climb up to around 850 in addition to the stories of those who were allegedly abducted by the inhabitants of the flying saucers.

The Story of Truman Bethurum

For instance, one of the first alien abductees’ by the name Truman Bethurum, a mechanic from California, reported that he was taken aboard a spaceship that’s apparently from a planet called Clarion. The spaceship was captained by a woman named Aura Rhanes. Around 1957, a guy from Brazil named Antonio Villas-Boas also had a similar encounter that he was being taken aboard a ship, and was forced to mate with a female alien. Many stories and alien encounters like this have also surfaced up over the years.

Despite the suspicious stories from these abductees, the Air Force took such sightings seriously because they organized a series of UFO and alien studies including Project Blue Book that ran from 1952 to 1969.

In 1966, the Air Force asked a team of scientists from the University of Colorado to investigate report about such UFO sightings. The team failed to identify around 30% of the 91 reported sightings, and the report in 1968 concluded that it’s not beneficial to continue studying the alien phenomenon. This is the reason why the Air Force eventually stopped research in Project Blue Book, and why the Congress also ended funding for alien research.

So why do westerners continue to be fascinated with this kind of phenomenon that is considered as something paranormal? If evidences and research from scientific data doesn’t kill people’s beliefs about UFOs, why do reports of such abductions and sightings go in and out of fashion?

Various sociologists and psychologists gave their take and proposed theories regarding the stories of alien abductees. The theory of notable psychoanalyst Carl Jung is that UFOs and aliens served as a mythological function that helped people who lived in the 20th century to adapt to the stresses brought by the Cold War.

This was also the time that America’s culture particularly the social mores is beginning to take notice the issues related to sexuality, gender and race. Historian, W. Scott Poole also said that perhaps the stories of sex with aliens are people’s way of processing and talking about such changes in norms concerning sexuality. For instance, in 1967, the Supreme Court declared laws banning interracial marriage unconstitutional; the country for the past years had already been talking about Barney and Betty Hill, an interracial couple who claimed to be probed by aliens.

To some extent, it could be political because even if government agents like the characters in “Men in Black” is the stuff of folklore, influential figures and powerful institutions can definitely raise the level of stigma surrounding such paranormal topics.

Religious sociologists suggested that skepticism is usually countered by societal trend in which they’ve called as re – enchantment. These people argued that while science can suppress belief in mysterious forces temporarily, these will continue to resurface because the need to believe is somewhat ingrained in the human psyche.

UFOs and Aliens in the Digital Age

As mentioned earlier, there were fewer UFO sightings and alien abductions reported in the first decade of the 21st century. Alien research groups like the famous British Flying Saucer Bureau eventually disbanded. Historian Ben Macintyre in 2006 told The Times that the advent of the information age had “chased off” UFOs. The internet’s free – flowing exchange of ideas allowed alien skeptics to prevail, and the reason why many people are no longer reporting seeing such extraterrestrial beings is because they simply don’t believe in them anymore.

Data seemed to back up Macintyre’s suggestions that when it comes to the alien phenomenon, reason is winning over belief. Polls conducted back then found that 27% of Americans believed that aliens have visited Planet Earth in the past; that number dropped to 24% in 2005. I’m pretty sure that if the same poll is to be conducted today, the result of people believing in aliens will be much less than before and perhaps most millennials will not even take the survey seriously.

I think one of the main reasons why millennials are becoming less of a believer is because we now know that our search for extraterrestrials is at the mercy of science and time, so why even bother? I mean, for the rest of us, following and tweeting about the Kardashians is more interesting than blindly following gooey – looking aliens, after all, these creatures have been around for so long that most young people think that aliens are outdated already, and the topic should best be leave to people in Hollywood.

Most millennials, myself included, will agree that it’s not really a question of whether there are aliens and UFOs out there or not, it’s more of why have we wasted so much time in solving this unfathomable mystery knowing that there are a whole lot of problems left unsolved in our world?  I mean come on! I think we’re wasting human intelligence over these unidentified creatures; and let’s face it, even if our technology is advance enough to explore the universe and can provide us concrete evidence that aliens do exist, unless it will become a serious threat to humanity – one that involves “Star Wars” or “Space Force,” why should we give a damn about it?

I personally think governments around the world are wasting billions of dollars for something or someone that is not of any help to the human race. So what, if there is an alien life out there? Will they eradicate poverty, or help us build more advance technology? I don’t think so. What’s more is that, if you really think about it, the human race is also considered as an alien. Hypothetically speaking, if astronauts discover that there is life on Planet Mars, aliens there will also classify our spaceships as UFOs. Right? So from their perspective, we are also extraterrestrial beings, but they probably have a different name for it.

We all know that the universe has been around for God knows when, and its vastness is too massive for us humans or even any alien race to explore – it is probably so big that no words in the Merriam – Webster dictionary will ever encapsulate how infinitely huge it is. With this fact in mind, I don’t think our technology and human intelligence, no matter how advance we may become in the future, will ever get to even scratch the surface of the cosmos.

Real or not, UFOs and alien phenomenon reminds the young generation to appreciate our existence and it also challenges us to make the world a better place – one that we would be proud to call our home.