Home » Cryptozoology » Mystery Creature on the Loose: Are Loch Ness Monsters for Real? 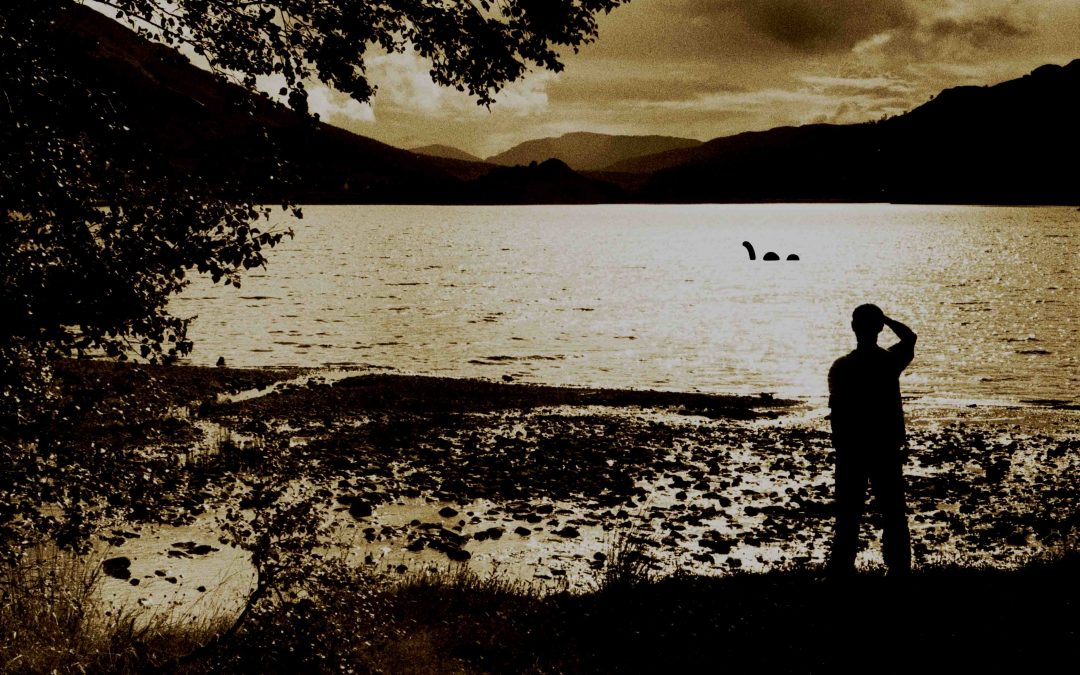 There is much mystery surrounding Loch Ness in Scotland. One of the most famous legends all over the world is the Loch Ness monster. It is a mammoth creature believed to dwell in the water. Most people affectionately refer to her as Nessie.

The Loch Ness monster was initially believed to be sighted in 565 AD. According to folklore, the gargantuan water monster grabbed and ate a local farmer in St. Columba.

In the succeeding years, a lot of rumors spread about the monster and strange events that happened in Loch Ness. This may be fuelled in part by ancient stories in Scotland about mythical creatures such as the water horse and Kelpies. A construction of the road A82 in the year 1933 is said to have caused the Loch Ness monster to be disturbed from the depths in which it lay and forced it to go out into the open seas. This road has created more interest in the mystical creature as it made the area more accessible. A lot of people travelled to it to see if the legends about a monster known as loch ness were true.

It was in this year and the succeeding years that records of numerous sightings were reported. Witnesses say they saw a slim, long neck and a lean head that rose above the waters. This caused both fear and ridicule. There were people who assumed it was true and did not go anywhere near the water, while some people wanted to prove it and ventured to experience a sighting. In the 1960s, there was an average of 20 sightings every year. When sonars and submarines were invented, they were used to explore the Noch. Interest over the Loch Ness monster did not wane, instead it gained even more public attention when photographs from underwater were released—the images seem to appear like the monster’s flippers.

In 1935, a publication released the well-known “surgeon’s photograph” of Col. Robert Wilson, which became the most popular image of the mythical creature. However, it was debunked as a hoax in 1975. It is said that the photographer used a carved monster’s head attached to a toy submarine. Nevertheless, people still believe in its existence, especially since there were still many sightings that followed. With its popularity, Nessie has time and again become the subject of many talks, documentaries and even movies.

Proving that the mammoth Loch Ness creature is real is not an easy task. First of all the body of fresh water is the largest in Great Britain, 23 miles in length and 800 feet in depth. With more than 1,000 sighting recorded, some photos cannot be questioned but most of the photos have been proven to be a hoax. It is a great mystery known far and wide.

But according to Scottish lore, and you can use your imagination, this is what Nessie looks like: she is long and slender, with a snake-like head and a long, slim tail, she has green skin and black humps. Imagine further that the Loch Ness monster is rising from the sea: since she is shy, she comes up, head first in a fluid motion. Then you can see her head rising up and her long neck coming up out of the water. The black humps on her back are also showing as her ascent from the water causes circles in the water around her body. However, she doesn’t come up too high, she disappears as quickly as she arises—back to the depths of the Loch, and who knows when she will show herself again? That is the beauty of the mystery.

BBC put together a massive search for Nessie in 2003 and used satellite tracking as well as sonar beams to investigate all around this so called monster Loch Ness. However, they found nothing. The story of Nessie still found its way to the top of a poll of greatest unexplained mysteries in 2017. People have been seeing sightings of Nessie over fifteen hundred years, and eventually there will be an explanation for the cause of these sightings.

It is the 21st century and to date, there are no conclusive evidences to show that the Loch Ness is a real creature – or monster, and not just the product of wild imagination. But who’s to say whether it is true or not? The legend of the Loch Ness monster has survived the test of time—it has been passed from generation to generation. Reports of sightings have always been a source of controversy. Could it be a prehistoric animal that has evolved and still lurks in the deep? Or could the legend just be an elaborate hoax to create fear or generate public interest for whatever reason? Could the sightings just be a trick of light? No one can give you a final, definite answer. Nevertheless, regardless of the truth, it is good to take a trip to Loch Ness and experience the legend for yourself—whether you go Nessie spotting or just to experience the rich and heterogeneous history of the place, there is a wealth of interesting stories you can learn and take home.

Do you want to see Nessie? The take a trip to Loch Ness and explore the area. Inverness, called the capital of the highlands, is popular for its steep banks and dramatic scenery.

You will not only enjoy sightseeing for the Loch Ness monster, but you will also bask in the view of picturesque villages. Even if you are not up to looking for the mythical creature, you can enjoy a romantic day in and out of the town. To learn more about this renowned legend, check out Nessieland and the Loch Ness Center and Exhibition.

One for the Books

It is the treasure trove for the natural history of the loch, as well as the surrounding myths and mysteries. Moreover, you can hop aboard a cruise boat and get on the sea while you wait to see if Nessie will show up. You can take a day tour in the villages and visit historic places. Annually, more than 400,000 people visit Loch Ness—whether it is to enjoy the scenery or the rich culture of the place, or to try and catch a glimpse of the elusive and legendary Nessie.

The wide interest has gained much tourism benefits for the country. There is something for everyone—from those interested in Nessie to simple holiday vacationers, children to adults, people from different cultures. Multiple beautiful attractions and ancient sites draw people to take a trip to Loch Ness and Inverness: theaters, cinemas, botanical gardens, whisky distilleries and castles, the most famous of which is the Urquhart Castle. There are also historic battlefield and engineering marvels to relish. The place is not short of shopping centers, vintage stores, dining places and boutiques. It is truly a lovely, enchanting place, even without the famous legend.

If the Loch Ness Monster is Real…

So even without the charm of the story of Nessie, Loch Ness is a beautiful pace to visit. But since the existence of the mythical creature has not been discounted, the question is: What if the Loch Ness monster is real? What should the people do if they catch it? If the description given of the Loch Ness monster is to be considered real, then it highly resembles a plesiosaur, an extinct dinosaur. Since Nessie is quite popular in Scotland and is largely believed to be rea, the Scottish government funded a body that is prepared with a plan on what to do should Nessie be found. While it sounds fun, it is also serious.

Putting It All Together

The Scottish Natural Heritage has a code of practice in place and scientists are quite interested to gather DNA samples from the loch. If Nessie is found, the SNH desires to protect it and its species.

The code states that any DNA sample taken from any creature in the loch should also be released back. The SNH is serious about protecting and promoting wildlife and the natural habitats of Scotland.

Even if Nessie can be considered a monster, due to her supposed large size, she still needs to be protected and kept safe from harm. The same is what they apply to new species found in the west coast of Scotland. The SNH believed in the collaboration with business and local communities that are located along the shores of Loch Ness. The SNH takes its mandate seriously—it says that the Loch Ness monster is not something that will be ridden on, just like how she is portrayed in some comedy shows.

Steve Feltham, a man who moved to Loch Ness 27 years ago on a hunting vigil for Nessie, firmly believes that this mystery is world-class. Whether it is real or just used as a tourism promotion, he doesn’t mind. He says that he will stay and wait and continue watching and trying to catch a glimpse of this pretty rare species. How about you? Does the Loch Ness monster interest you?

What’s the Myth Behind Jackalope?

What is a Jackalope?